The starting point to diagnosing a working Series X console is the top daughterboard. 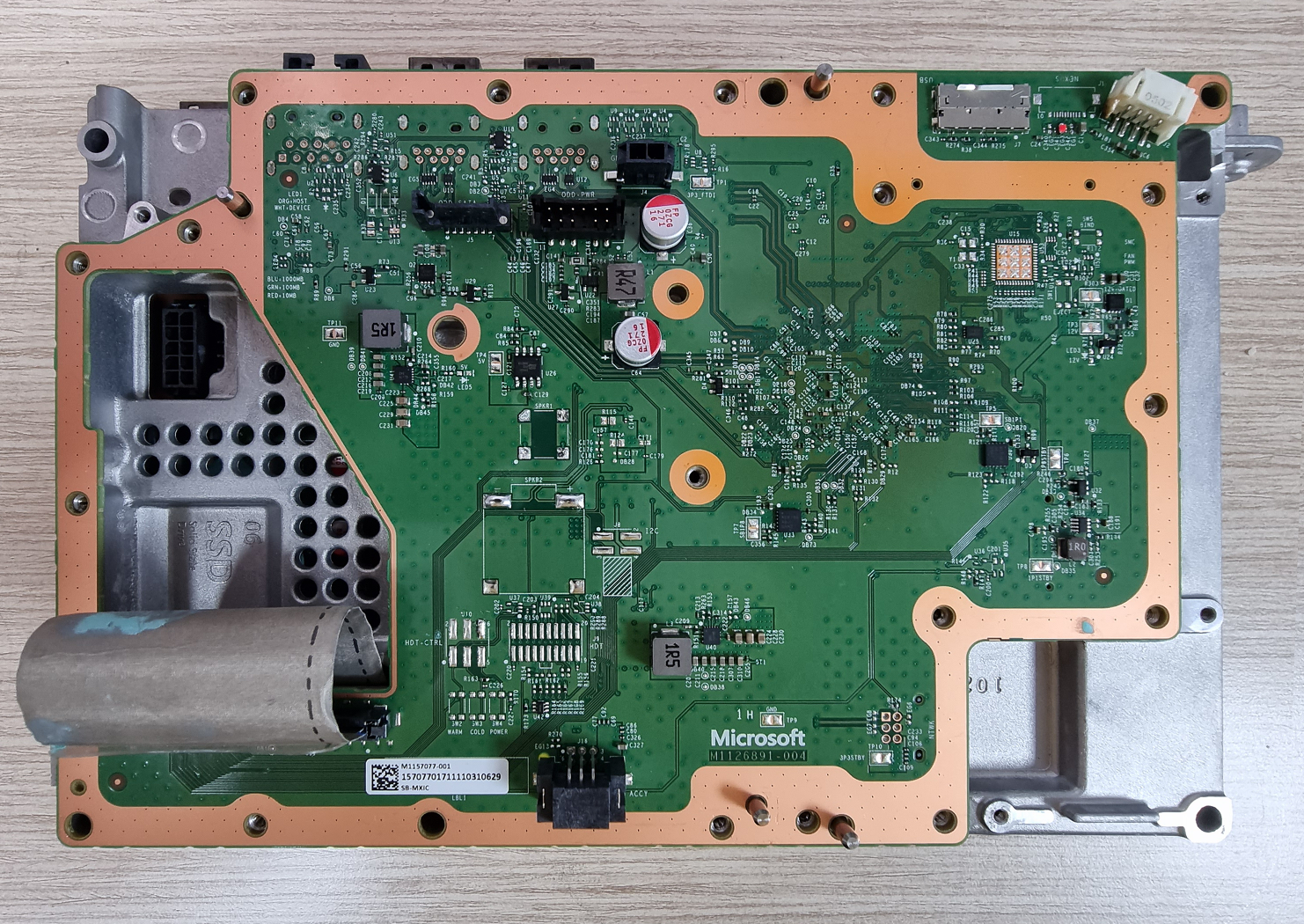 The daughterboard has an extra Power, Eject and LED board that connects via a 10-pin 0.5mm pitch ribbon cable.

This board is called the Nexus board. It contains a white power LED, a power button and an eject button.

If you have a damaged connector, ribbon or nexus board (small power/LED/eject board) you can bypass the board entirely.

To get an LED indicator that is normally present on the Nexus board, simply solder an 0603 LED to the middle of the 3 test pads right next to the board connector, with the negative side of the LED pointing away from the connector into the board. 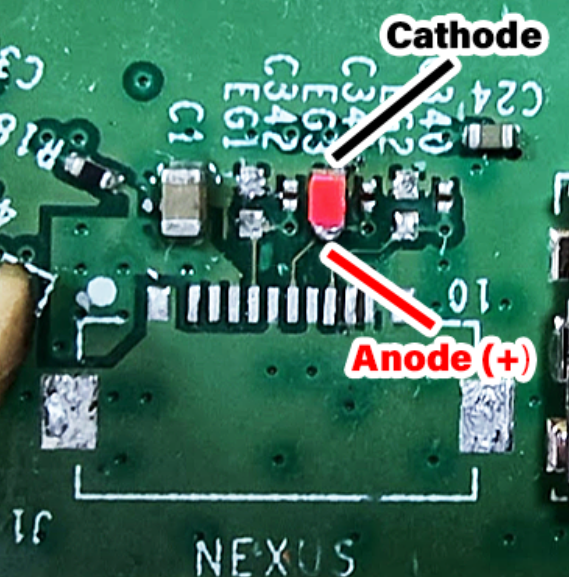 Now to power the board on and simulate pressing the power button normally present on the Nexus board, you have a few options.

The first option is to short the power on pin (pin 4 from the left) to ground. A good way to do this is shorting these two pins. 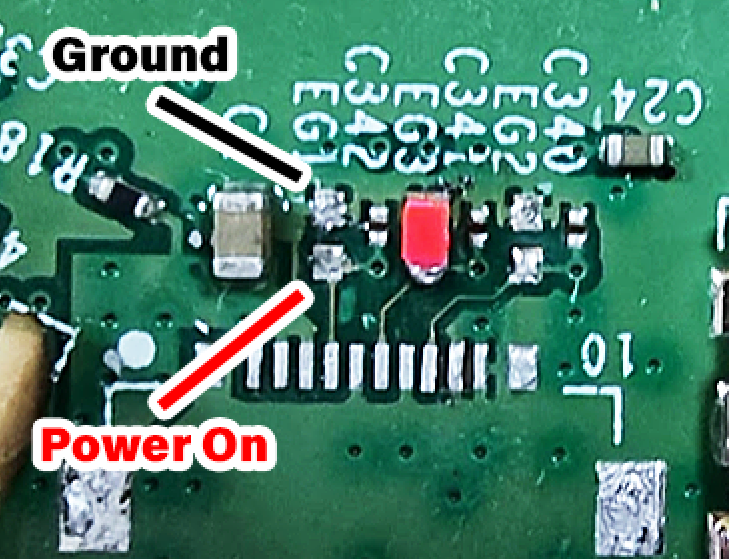 Alternatively you can solder a tactile button to tap and effectively short the Power On pin to ground acting as the power on button.

There are built in debug button and resistor pads already on the board that you can also solder to. You can add a button to the button pad SW4, and the resistor R170 (anything from 100R to 10K is fine. Then you can press the button to turn on. 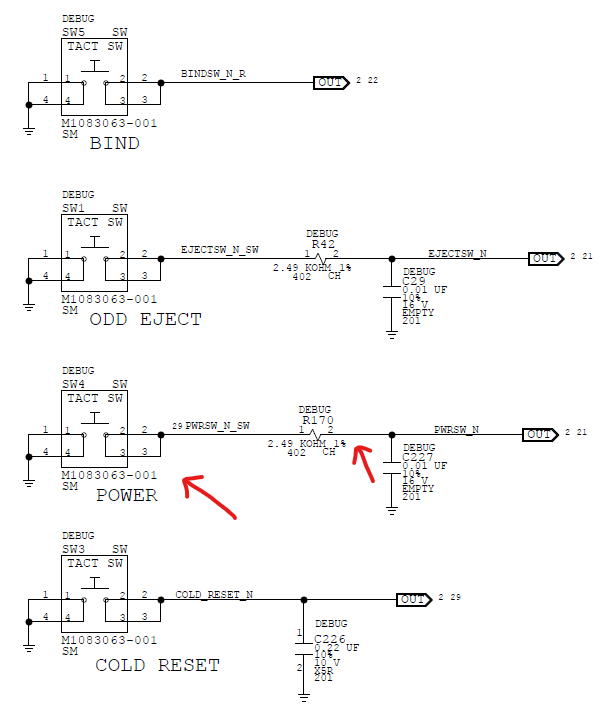 Or you can solder a wire to the output pin of the R170 resistor pad (which is basically connected to the pin 4 of the Nexus board connector) and a ground point, and solder it to any button to act as a power button. 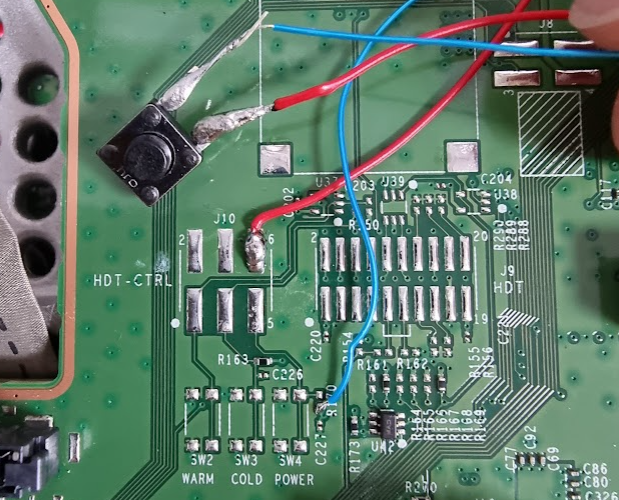 This is useful to be able to power on, and see an LED, without having a known good Nexus power board, ribbon and/or connector.

Updated 15 Jul 2022
Did this page help you?
Yes
No
UP NEXT
Xbox Series X 1S White Light Boot
Docs powered by archbee

TABLE OF CONTENTS
Overview
Power On & LED
Bypassing Nexus Board