Start your diagnostics with this board. Power enters the entire system through this board.

The power supply generates 12V power from the mains power brick, and outputs 12V power via 2 pins to the daughterboard and via the other 10 pin connector to the motherboard.

For testing the daughterboard you can use the original power supply and connect the 2-pin power connector to the board as you would when it is assembled, or you can solder 2 wires and power the board from a bench power supply. 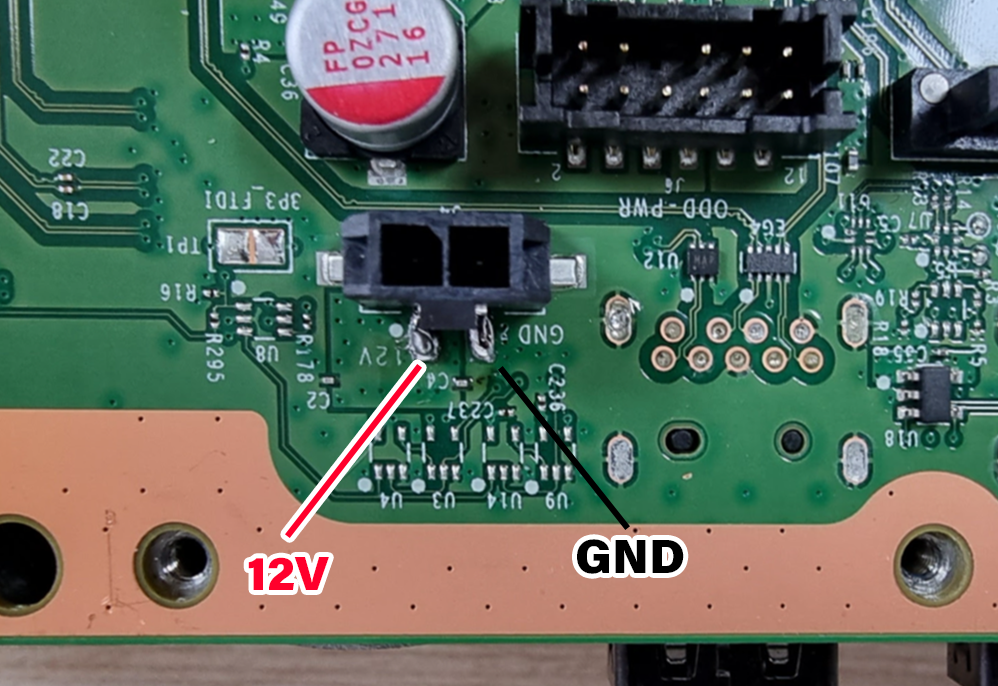 Measure near the connector for the regulator outputs (on the large inductors and capacitors. You should have 12V on the capacitors closest to the 12V input, then around the board in various places (I will do photos of the exact spots later) you should find the regulators outputting 5V, 3.3V and 2.5V, 1.8V and 1.1V.

TODO: Photo and show every voltage regulator and output

If you have all the above regulators working, connect the power button ribbon to the board and press the power button, or alternatively short the 4th pin from the left to ground. This is a pin that is pulled to 3.3V and shorted to ground when the power button is pressed (see previous page for how to bypass the Nexus board and solder an LED and power on button directly to the daughterboard).

If the Southbridge is working and the regulators are working, you should get the white line for about 1 second then it turn off again. If you do not get white light there is something wrong with the daughterboard. Do not bother connecting the daughterboard back to the motherboard until you get the 1 second white light boot.

NOTE: TO-RECONFIRM ON MORE VERSIONS. Daughterboards seem somewhat independent of the motherboards and so long as the main ribbon connectors are the same (they change between revisions), you can use a daughterboard from one Xbox on another Xbox no problem.

Updated 15 Jul 2022
Did this page help you?
Yes
No
UP NEXT
Xbox Series X Motherboard
Docs powered by archbee

Updated 15 Jul 2022
Did this page help you?
Yes
No
UP NEXT
Xbox Series X Motherboard
Docs powered by archbee