A subtle but important detail in part of the Game Gear red light boot circuit is it's soft start and reset circuit.

The Game Gear uses what looks like a passive inrush current limit circuit. 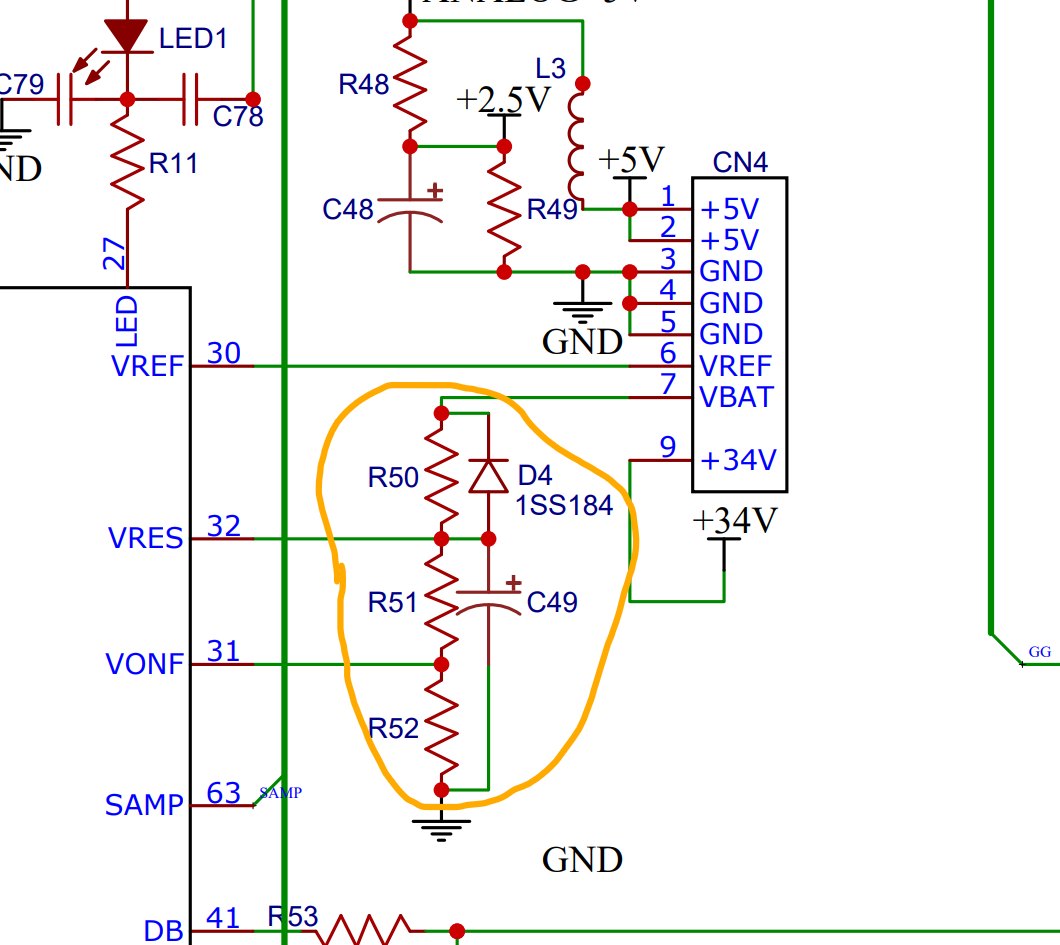 This is most commonly seem in circuits used to reduce inrush current. 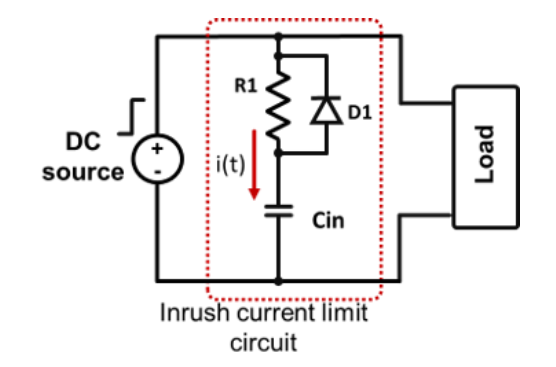 With idea being Cin is charged by R1 when voltage is present on the power source. When the load needs power it is supplied via Cin through D1.

However this circuit appears to be used on the red light boot comparator circuit... for what reason? My best guess is it serves two purposes.

The first purpose is to prevent Vonf and Vres from rising too fast. Although Vref has to be lower than Vres to allow red light boot, the ASIC also requires Vres to be higher than around 0.6V too, otherwise it stays in reset. This behaviour is what allows the soft-start by keeping Vres lower than 0.6V for a short period.

On initial voltage being applied to Vbat from the power board, C49 would appear as a dead short, and so absorb all the current, keeping the voltage at 0V on the Vonf and Vres pins while it charges up through R50, slowing the rise of Vres until the capacitor charges.

This delay is very short (less than 200ms) but it is enough to allow the 5V rail and all capacitors in the system to stabilise. If it is too short, you sometimes get the red light coming on, going off again then coming back on and booting. If you get this symptom check your C49 capacitor is good, or increase its size to delay boot.

Once C49 is charged up it would hold potential of what Vbat used to be, and if Vbat drops quickly like on power-off, this capacitor would remain charged. While it slowly discharged it would keep the ASIC in an active state while the entire system powers voltages collapse over the course of around 2-10 seconds.

If the system was then powered back on within that time before the Vres pin had lowered to 0.6V or less than Vref, the system would never reset and the console would start up in a random mid-state.

However, thanks to the diode D4, when the power is disconnected all the potential stored in C49 is discharged immediately back into the power board circuit (which goes through the voltage regulator circuit, back into the 5V output and rapidly dissipates).

If you experience an issue with not being able to rapidly turn off and back on again, check D4 is not faulty.

A third and probably unintentional benefit to this circuit, as mentioned at the start, is as a passive incurrent current circuit for the input power supply that is powering the console (batteries, DC, USB etc...).

I do not think this was the intention, and it would be very minimum as C49 is small, but you do get a small inrush current limit from the circuit.

Updated 31 Dec 2022
Did this page help you?
Yes
No
UP NEXT
Getting to Red Light Boot (Game Gear)
Docs powered by archbee