To start diagnosing issues with the Xbox Series S console it is best to strip it down to its minimal parts required for white light boot.

Remove the housing, both wireless add-on cards, mains power brick (big black block), heat sink, CPU fan, SSD (blue board held in by 1 screw). The only thing left that could be physically removed from the motherboard would be the power on board with white LED and power button. Leave that connected. 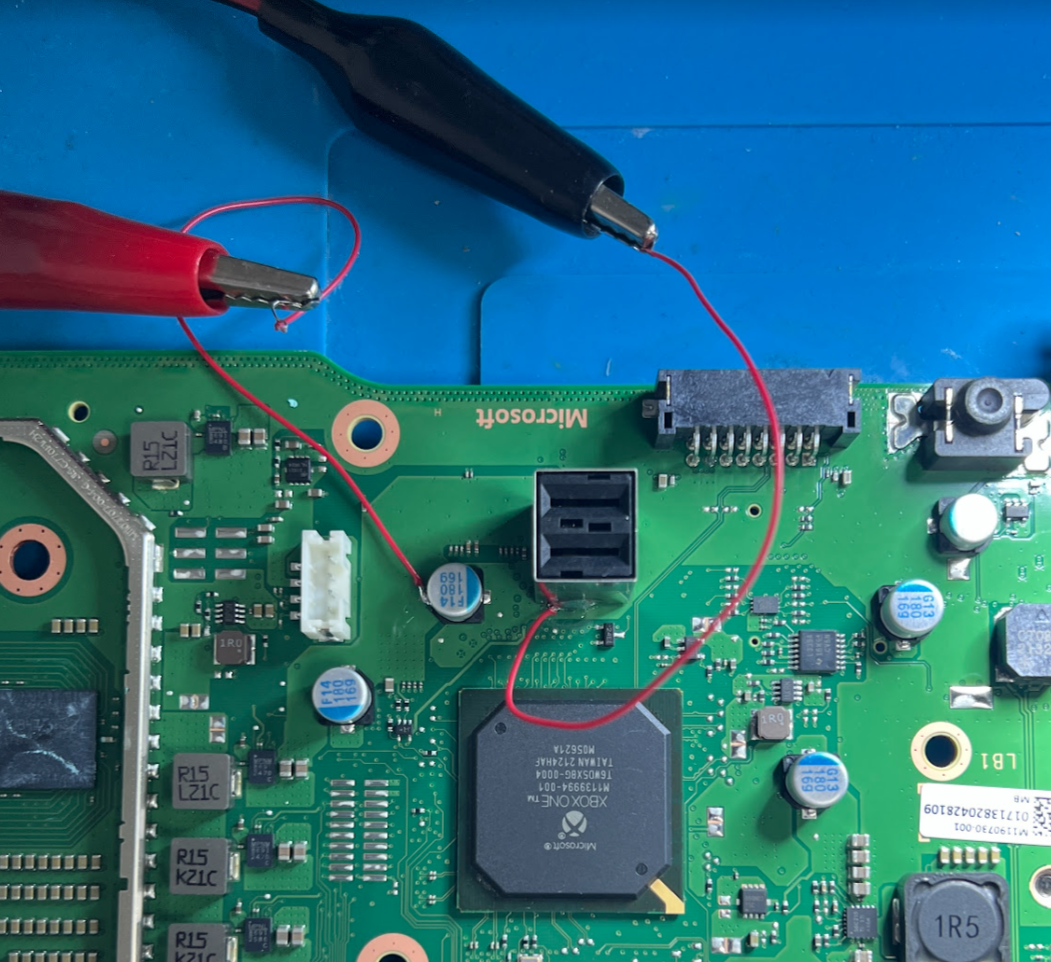 Apply 12V from your bench power supply to these wires.

﻿NOTE: Your bench power supply should be capable of 5A current at 12V to provide enough power ﻿

When you first connect power you should get a surge/spark on your connection as the capacitors charge up, then the power draw should start at about 10mA and ramp up to 3-4A for a few seconds, then sit at 2.5A for a minute. This is the CPU powering up and then turning itself off into idle sleep mode.

After a minute the power should drop to around 10mA and stay there until you press the power button.

During this time the power LED does not come on. This is the silent initial power up then sleep.

With the system in sleep mode, it is important to check all regulators that should be on at all times.

With the motherboard having the CPU on the left, and 12V input and southbridge on the right (the large black IC similar size to CPU), the first regulator to check is the TPS56C215 (labelled 56C215 TI). Datasheet here https://drive.google.com/drive/u/1/folders/1FAYRjuMa3G881PU41UWbd5Dm4wTSK9u1﻿

Looking at the motherboard in the position we mentioned, the large inductor will be to the right of this chip. 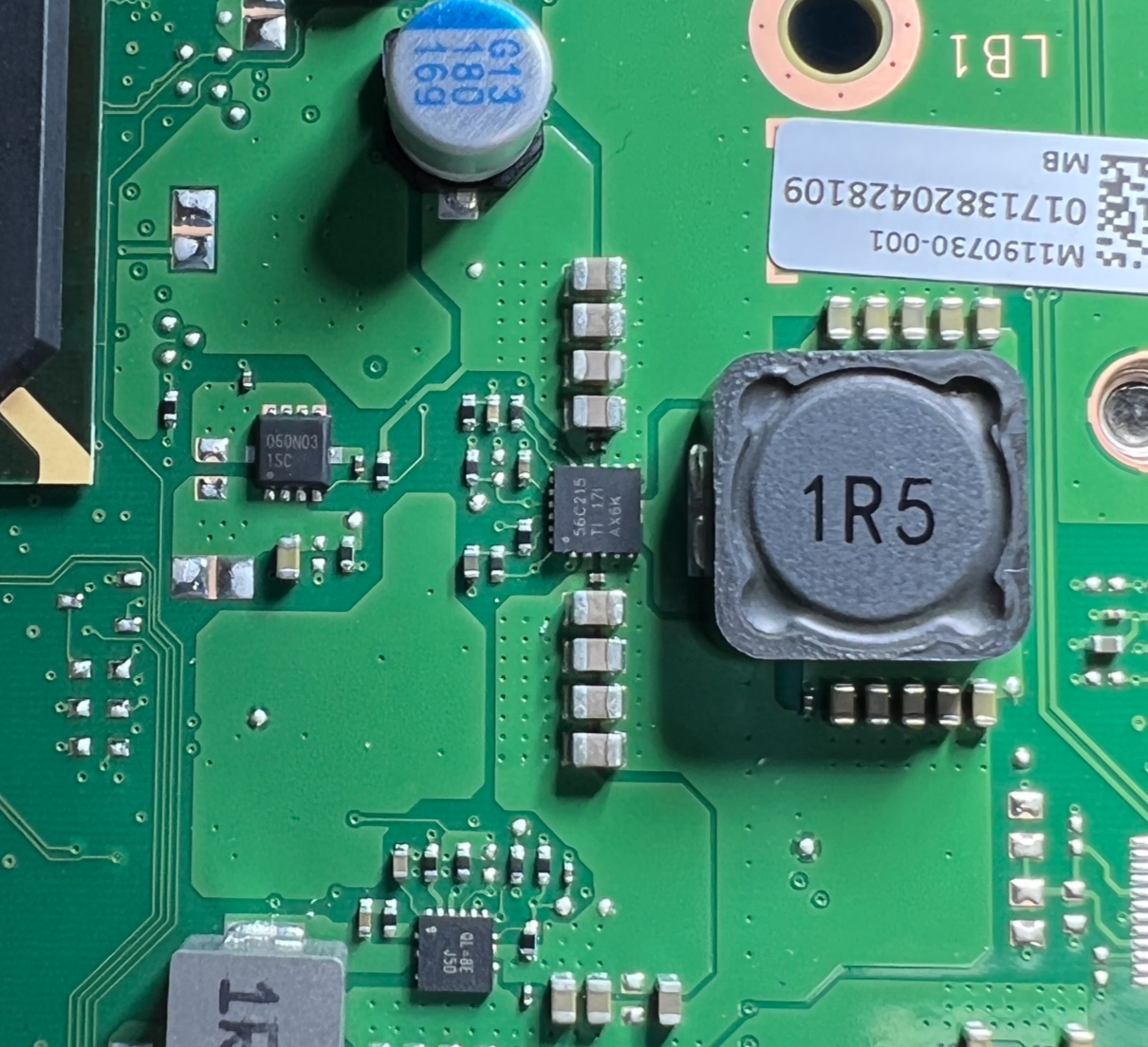 In this position the pinout looks as follows. 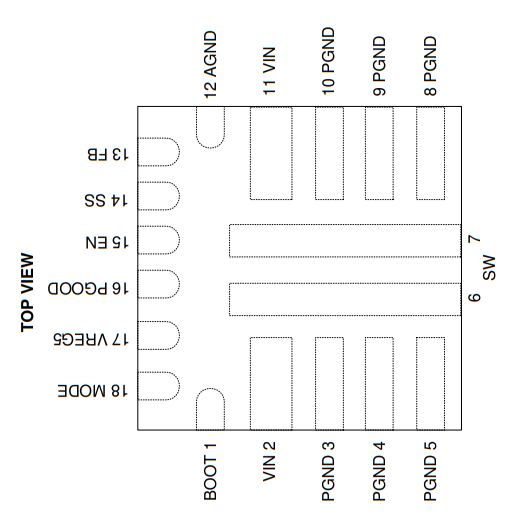 You should get 12V into VIN, and 3.3V out of SW pin (so the large inductor). The EN pin should be 1.8V when being told to turn on (it has a small circle test pad for this pin if you follow the pin out of the chip to the left).

With the motherboard having the CPU on the left, and 12V input and southbridge on the right (the large black IC similar size to CPU), the 5V regulator that takes the 12V input and gives out 5V to the rest of the system is located below and to the left of the 3.3V regulator, or below and to the right of the southbridge. It is labelled QL=8E J50,QL=7F J20, or similar markings. 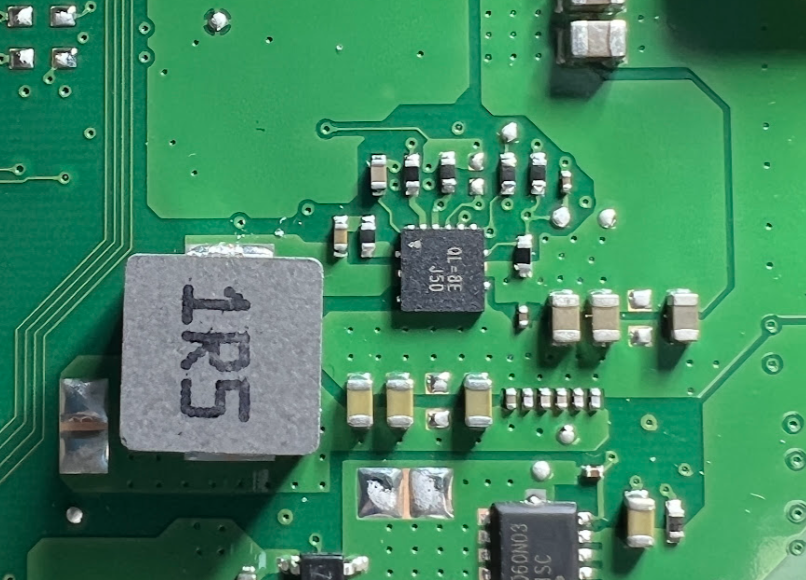 This regulator is likely a Texas Instrument part, and it takes 12V in on the right middle pin, and outputs 5V on the left middle pin.

Ground is all the bottom pins, and the remaining pins are likely setting the feedback to set output voltage, a power good and an enable pin. Without the datasheet or further testing I am not sure yet.

The second stage regulator takes its power from the 5V output of the 5V regulator, and steps it down to 1.8V.

Just above and to the right of the Southbridge the 5 pin regulator has 5V coming into top left pin, outputs 1.8V on top right pin, and has its feedback resistor network on the bottom right pin which outputs 0.797V approximately. 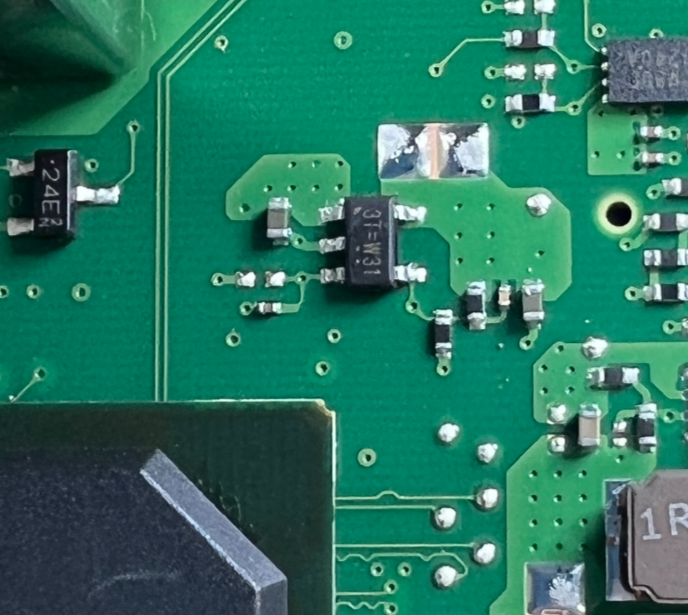 ﻿This is currently a presumption that the 2.5V rail is generated here. ﻿

The second stage regulator takes its power from the 5V output of the 5V regulator, and steps it down to 2.5V. 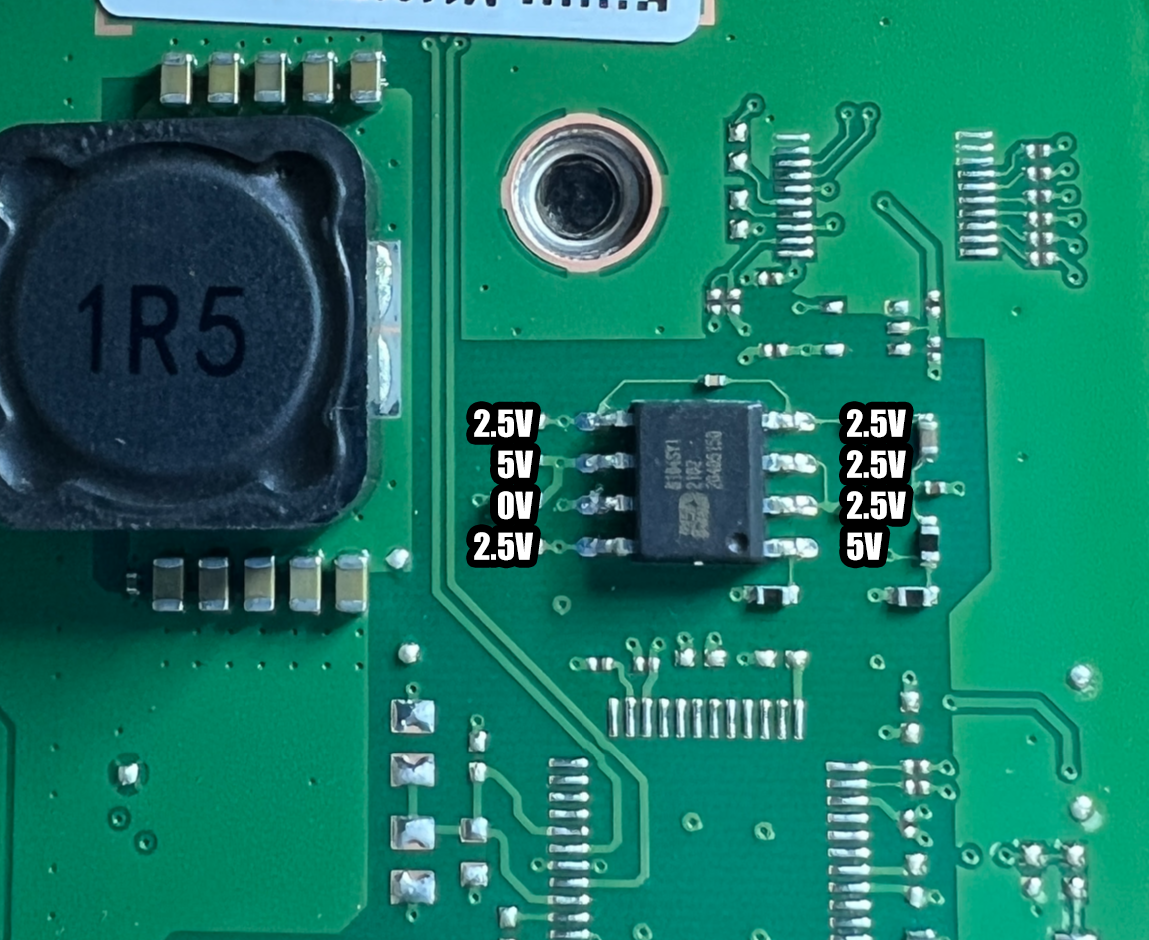 The inductor for this chip appears to be high above it and the bottom 2 pins have 2.5V on them. 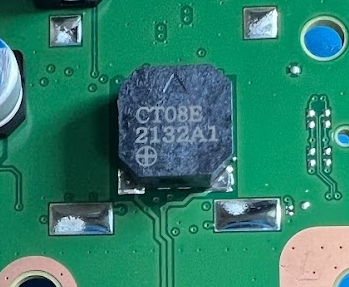 When powering on the console, several FETs enable power flow to the rest of the system.

Just below and to the right of the 5V regulator is a FET that passes the 3.3V rail to the rest of the system when turned on. 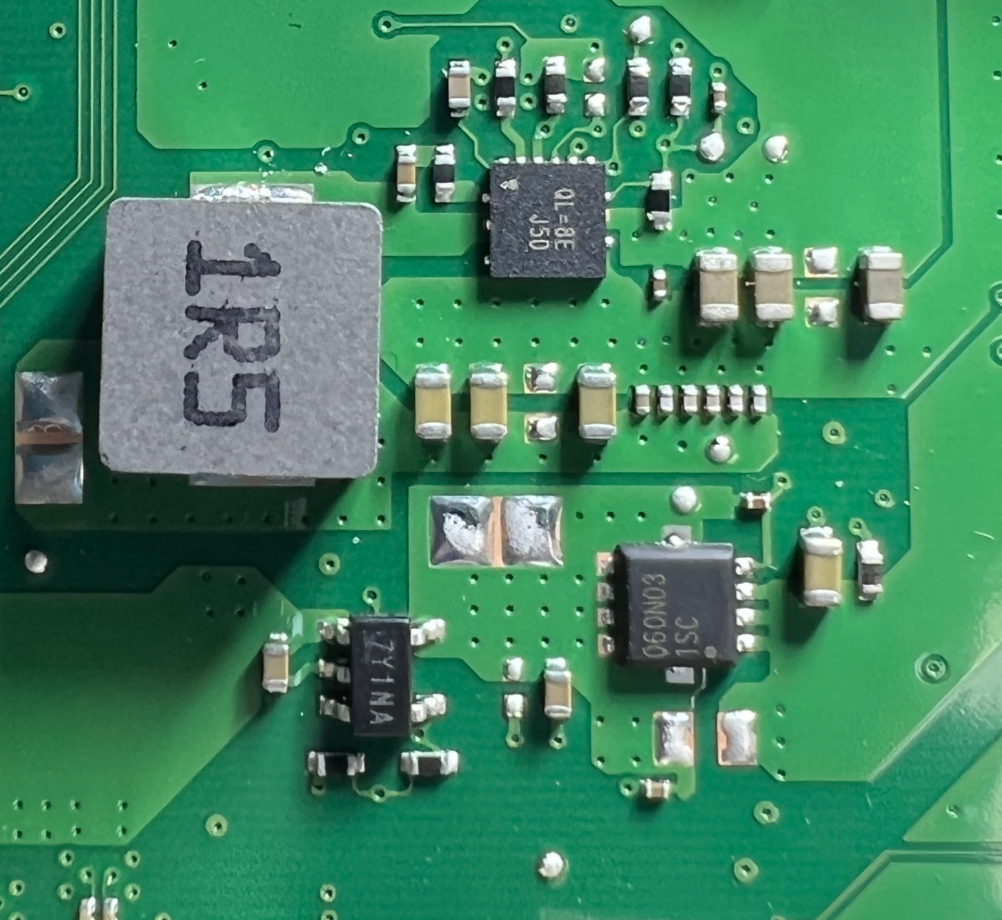 The left side of the FET has 3.3V even in sleep mode, and when turned on the gate (top right pin) is driven to 12V turning on the FET and passing 3.3V to the right side pins.

Updated 28 Mar 2022
Did this page help you?
Yes
No
UP NEXT
Xbox Series S Getting to Idle Boot
Docs powered by archbee