The first step to any console repair or testing should start with the power input into the system and understanding that.

On the Game Boy Advance power first enters the system through the battery springs of the motherboard, so we start there. 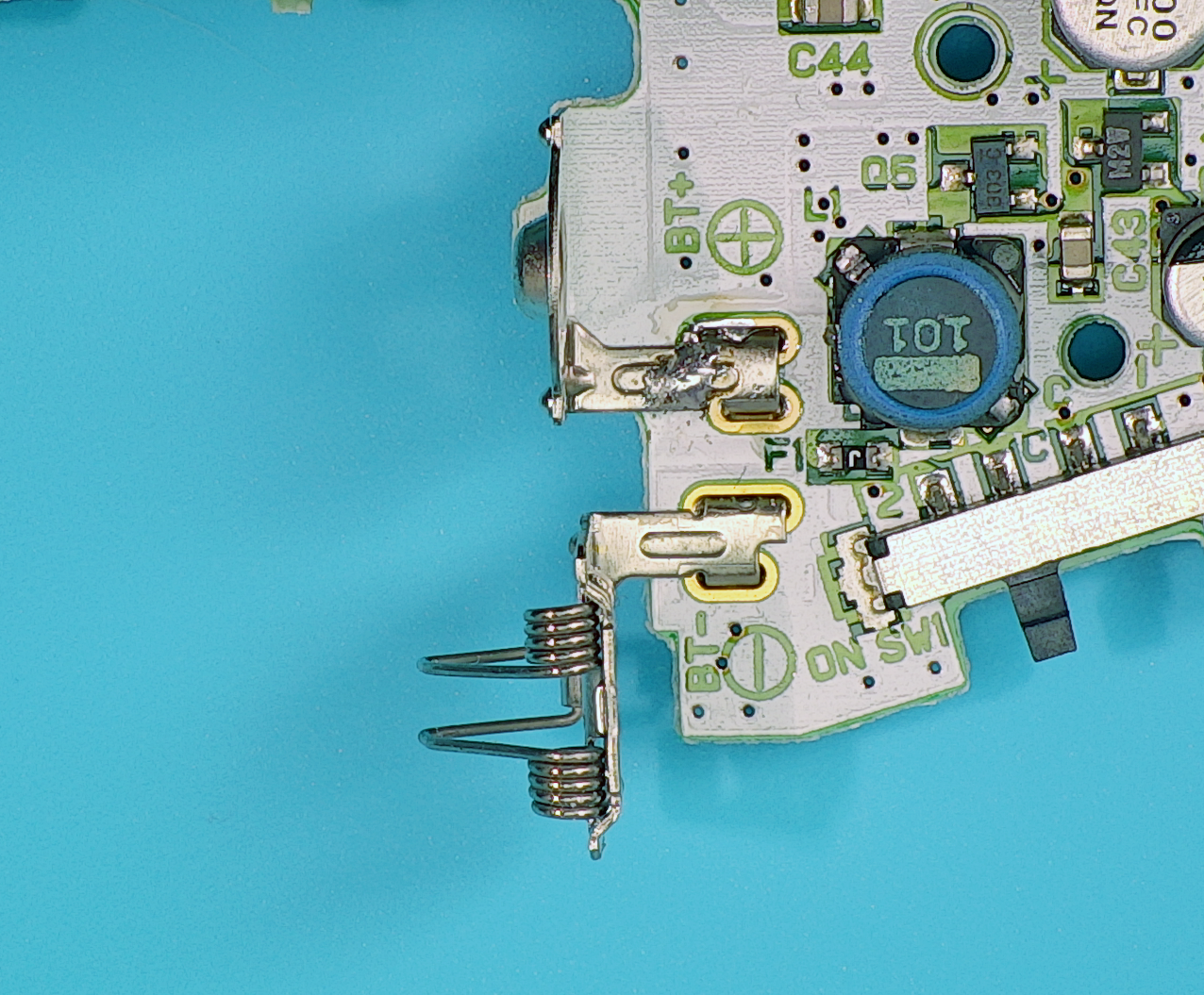 The GBA is powered by 2x AA batteries, giving on average 3V of power to the system. Testing through a bench power supply we confirm the operating voltage input of the GBA system. 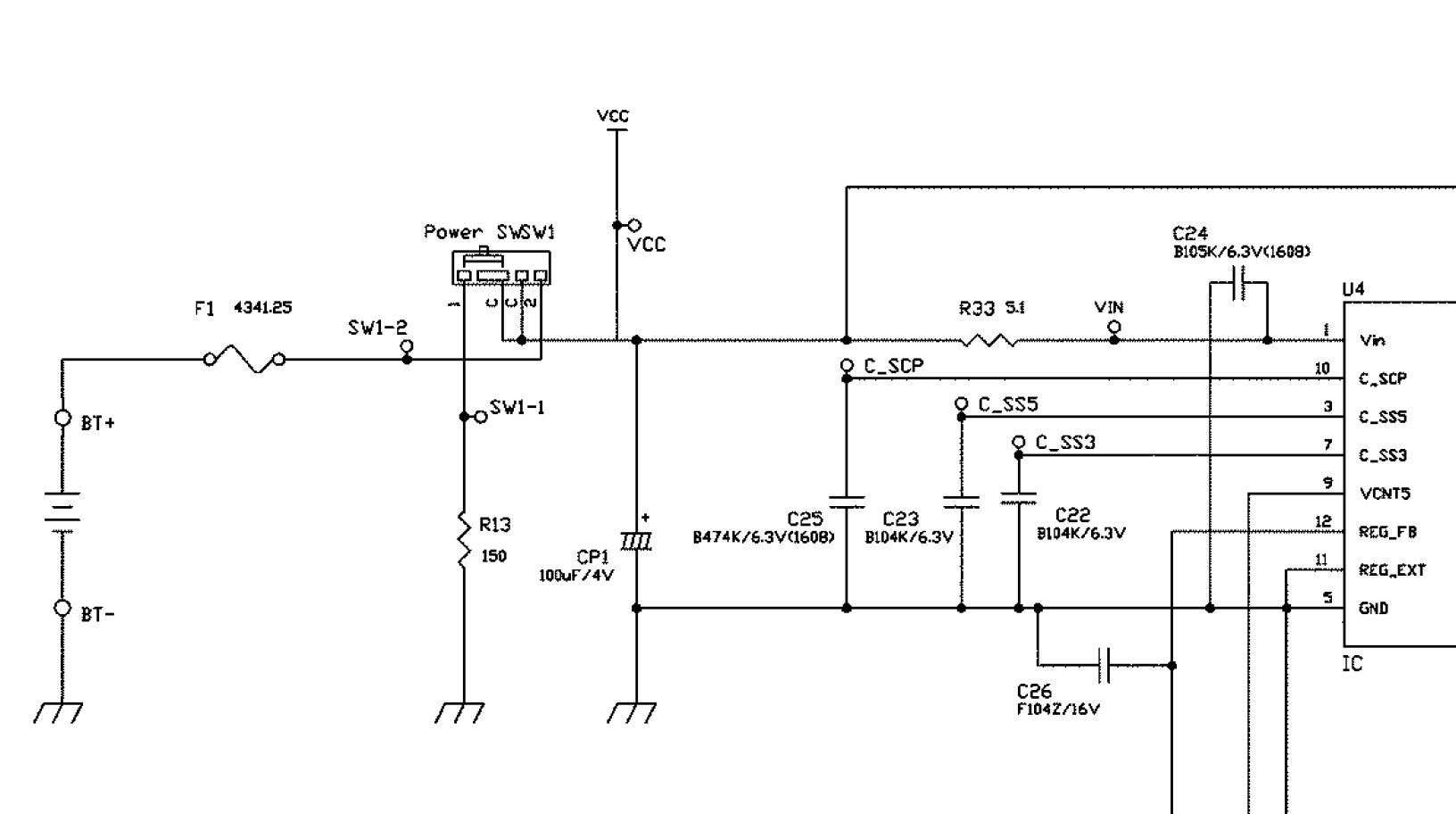 After power comes into the battery springs it passes through a fuse F1. The fuse is a 1.25A fast blow type fuse. 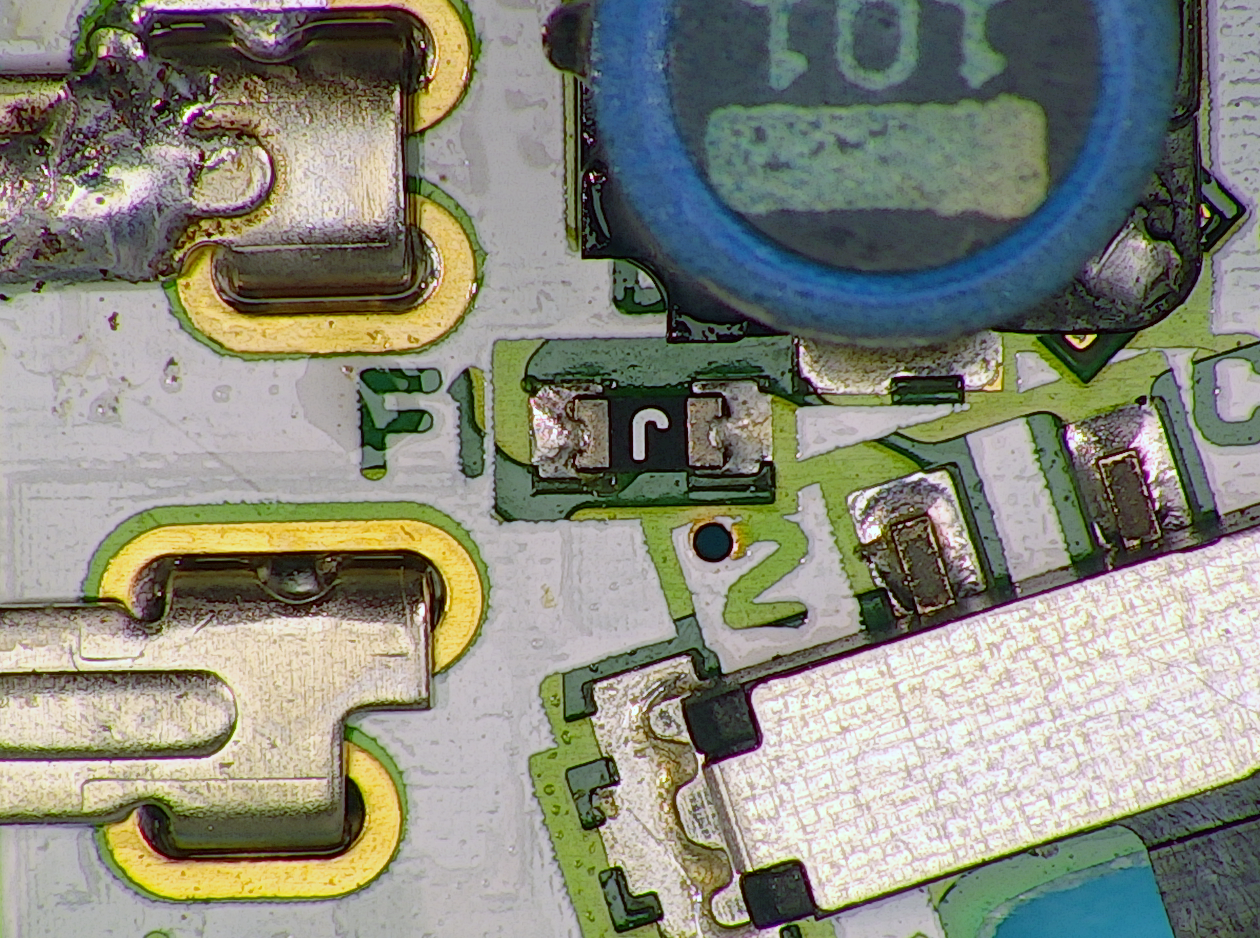 To test the fuse use a Digital Multimeter in continuity mode (beeps when you touch the probe leads together, meaning both sides of the leads are connected at <50ohm resistance, and touch each side of the fuse with the probe leads. If it beeps, it is likely good (could still be partly blown and preventing boot even with beeping). If it does not beep, the fuse is blown and needs replacing. 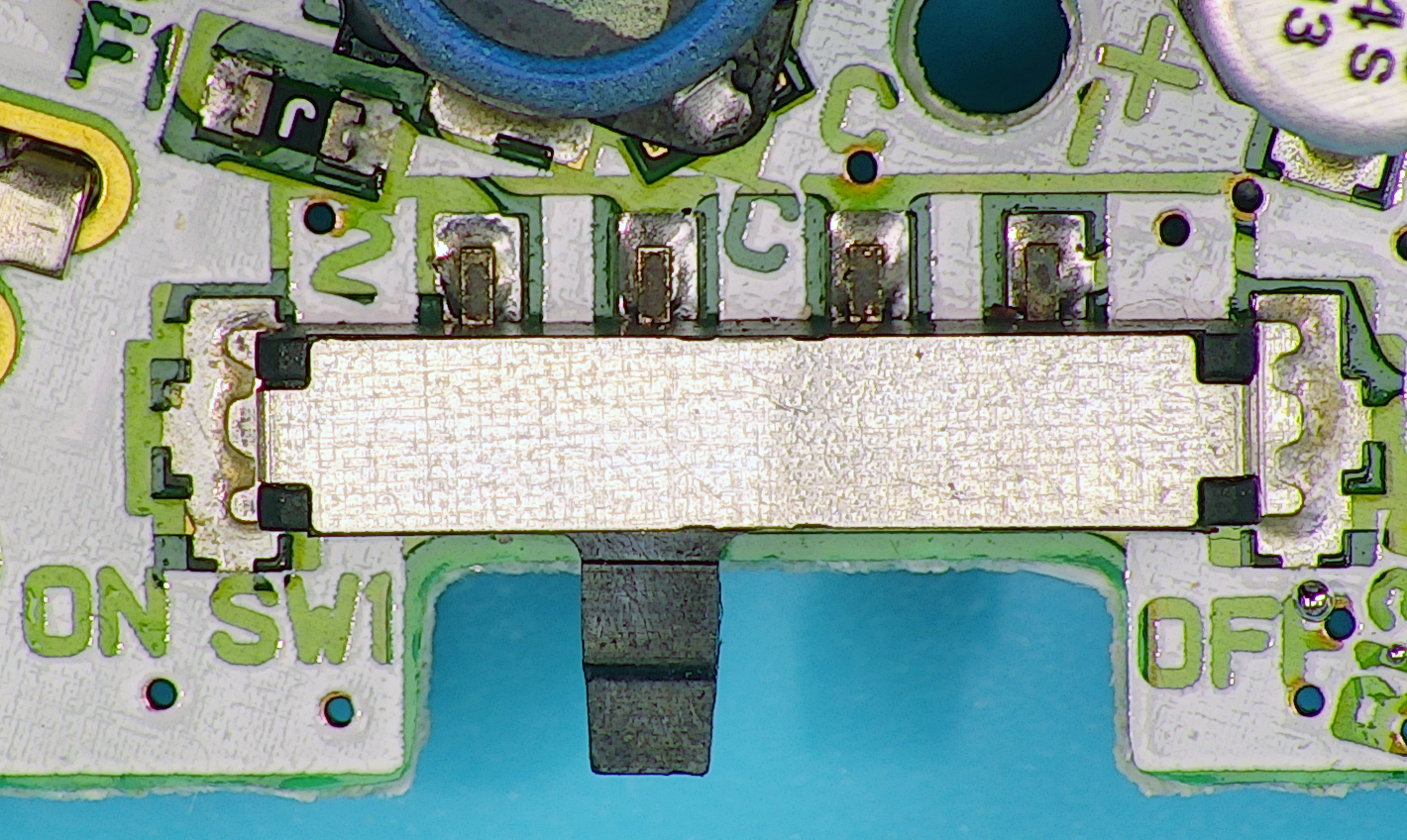 The power switch has a slider that is a simple metal spring bar that when in the ON position joins the power from the pin 2 (battery input) to the C pads. You can see internally the two middle pins of the switch are joined together. 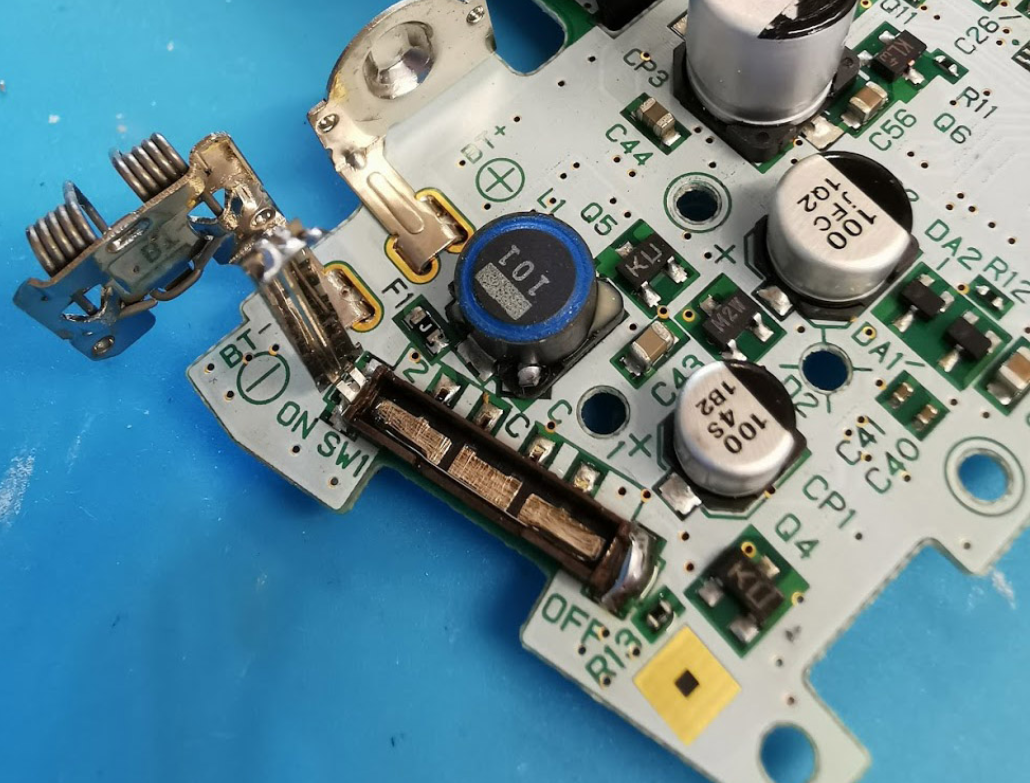 The C pad is the main power to the GBA system and is what powers the console.

When you slide the power switch to the OFF position the metal spring joins the middle C pad to the right 1 pad. This has two purposes. The first is to disconnect the power input from pin 2 to the system, so the batteries are no longer powering the console on pad C, but also to short the system power on the C pad to the R13 resistor (150 ohm resistor) so that the power capacitors on the system get discharged quickly. 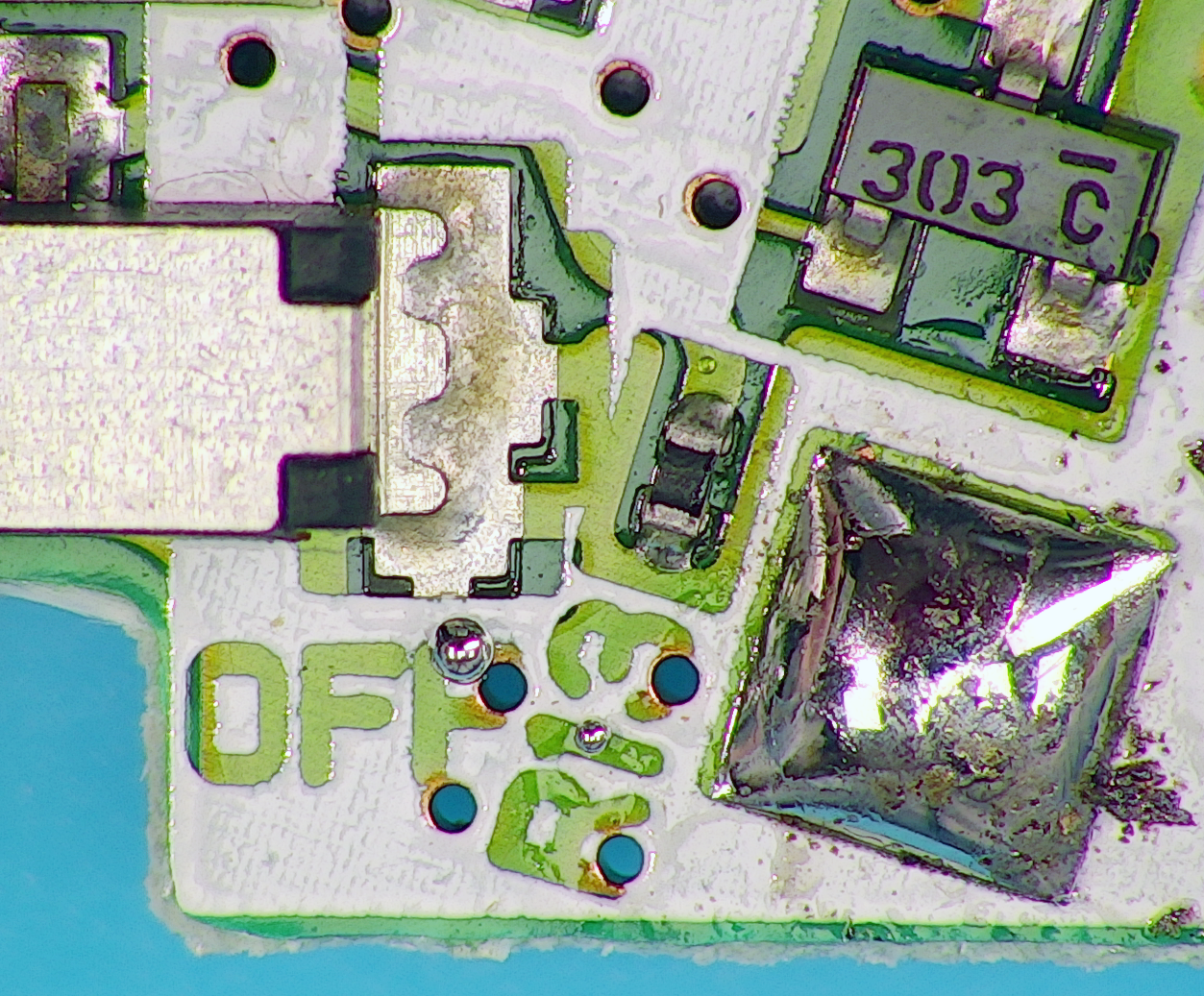 If the R13 resistor is damaged, missing or the power switch is dirty or for any other reason the C pad does not join to R13 when the console is turned off, the capacitors will remain high voltage for a while keeping the system in an unbootable and non-resettable state and if power is re-applied (so you turn your console on and off again within a second or two) the system will fail to power on. Leaving the console turned off for 10 or more seconds allows it to boot again. You may of seen this symptom before and this is the cause of that issue.

See what happens with a bad OFF state power switch or damaged/missing R13 resistor in my YouTube video.

Once power comes from pin 2 to pin C of the power switch that then goes to the CP1 capacitor and to the Vin pin of the power regulator via a current limiting R33 resistor of 5 ohms, which then regulates the power to the rest of the system and generates the voltages for the CPU, RAM, LCD and audio systems. 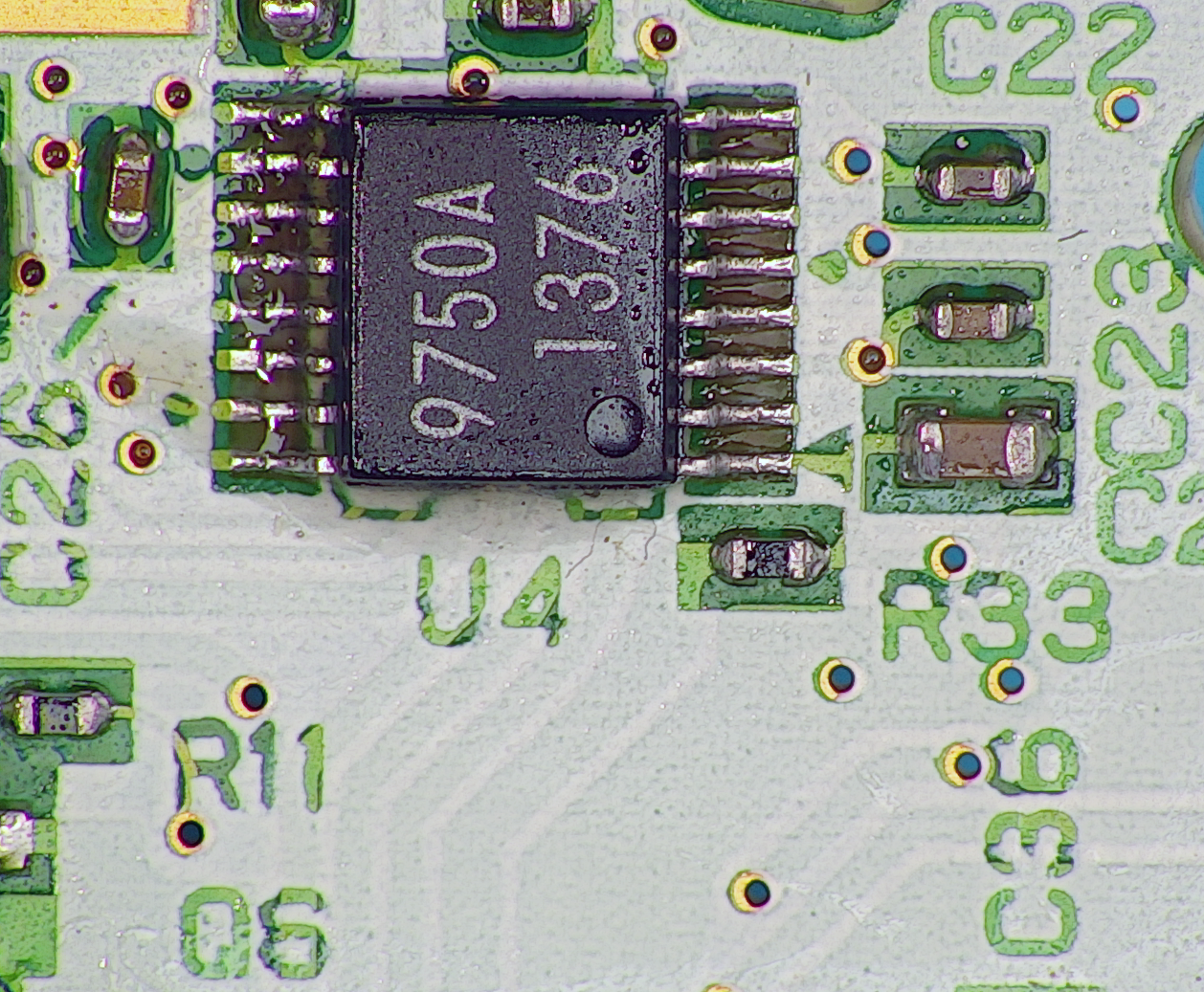 The C pin also goes to the transformer T1 and inductor L1 which form part of the power regulation circuit. These are not limited by the R33 current limiting resistor. 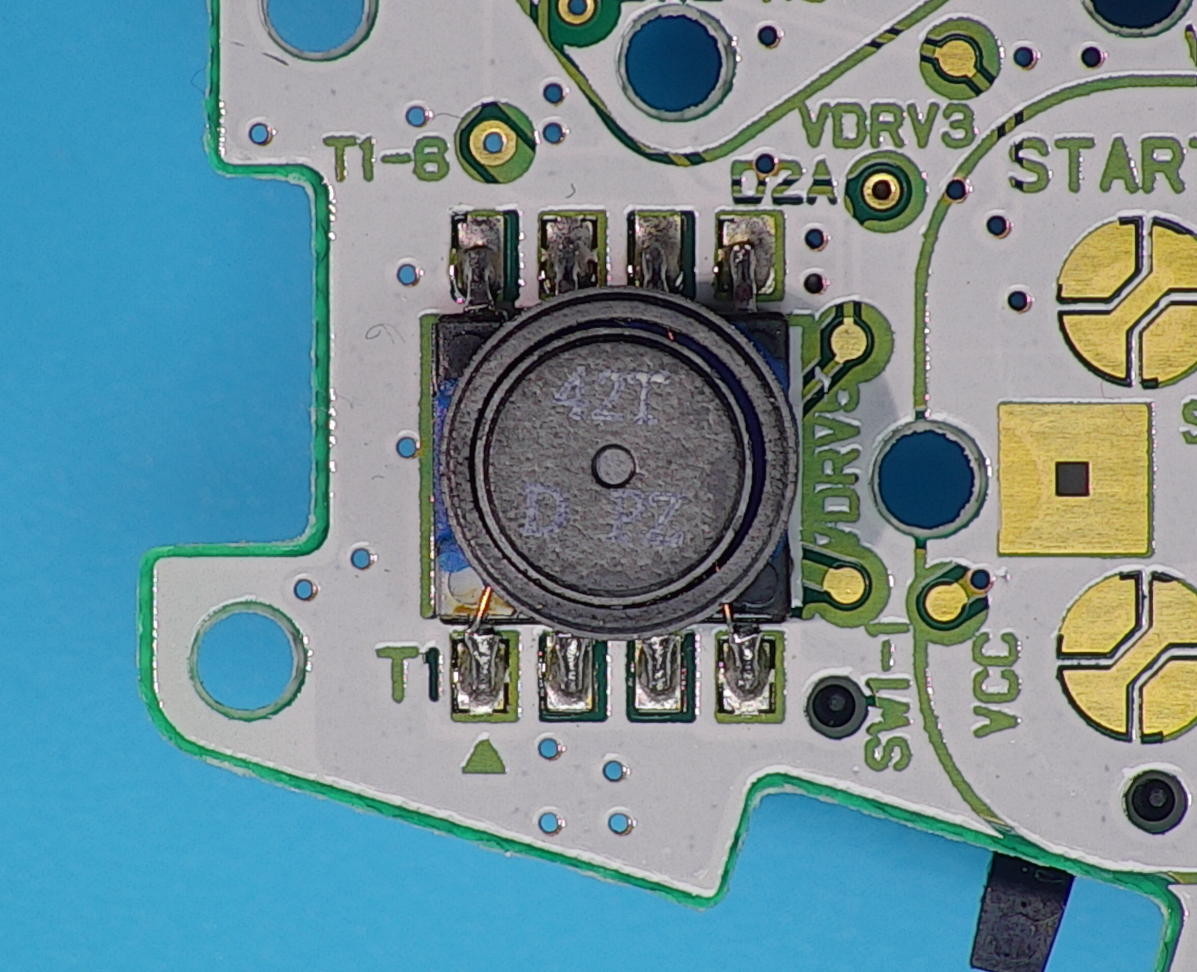 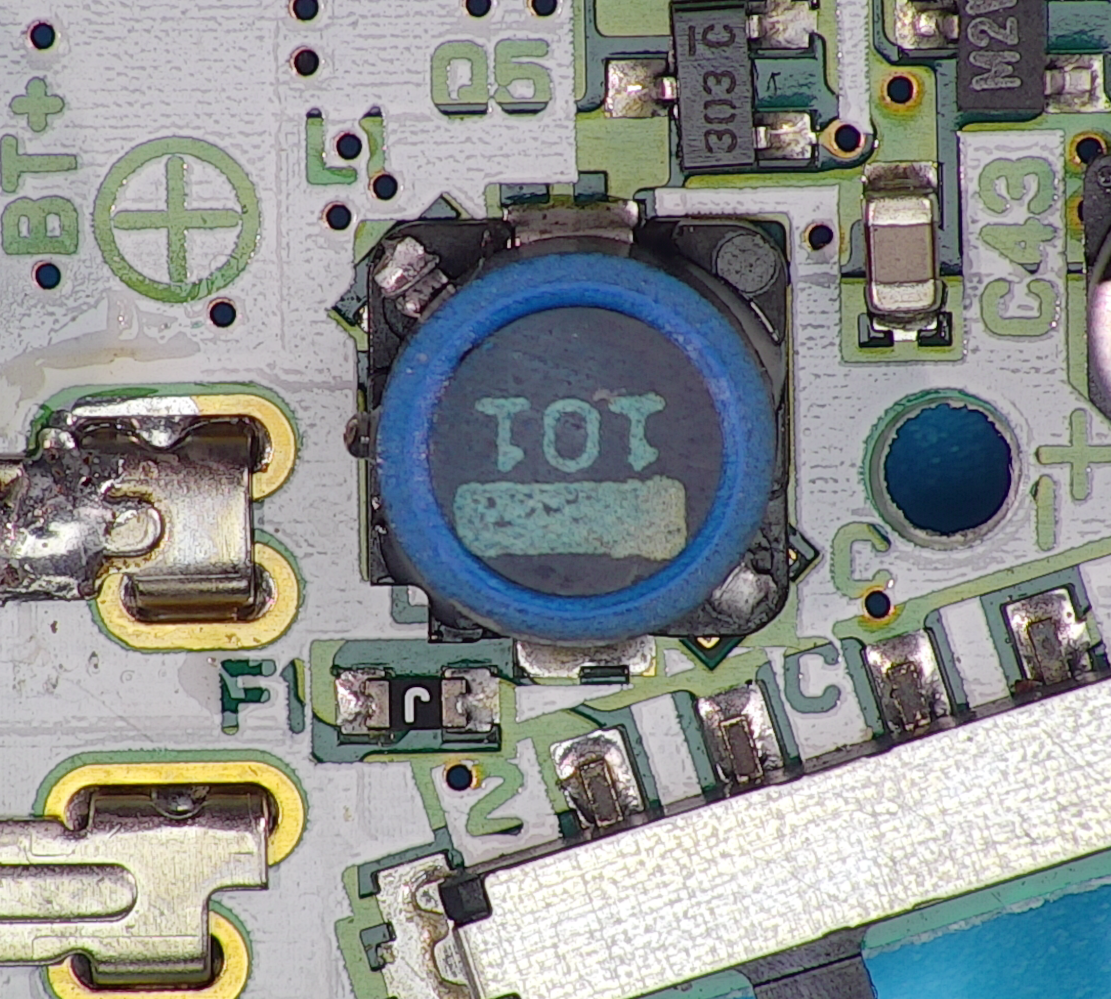 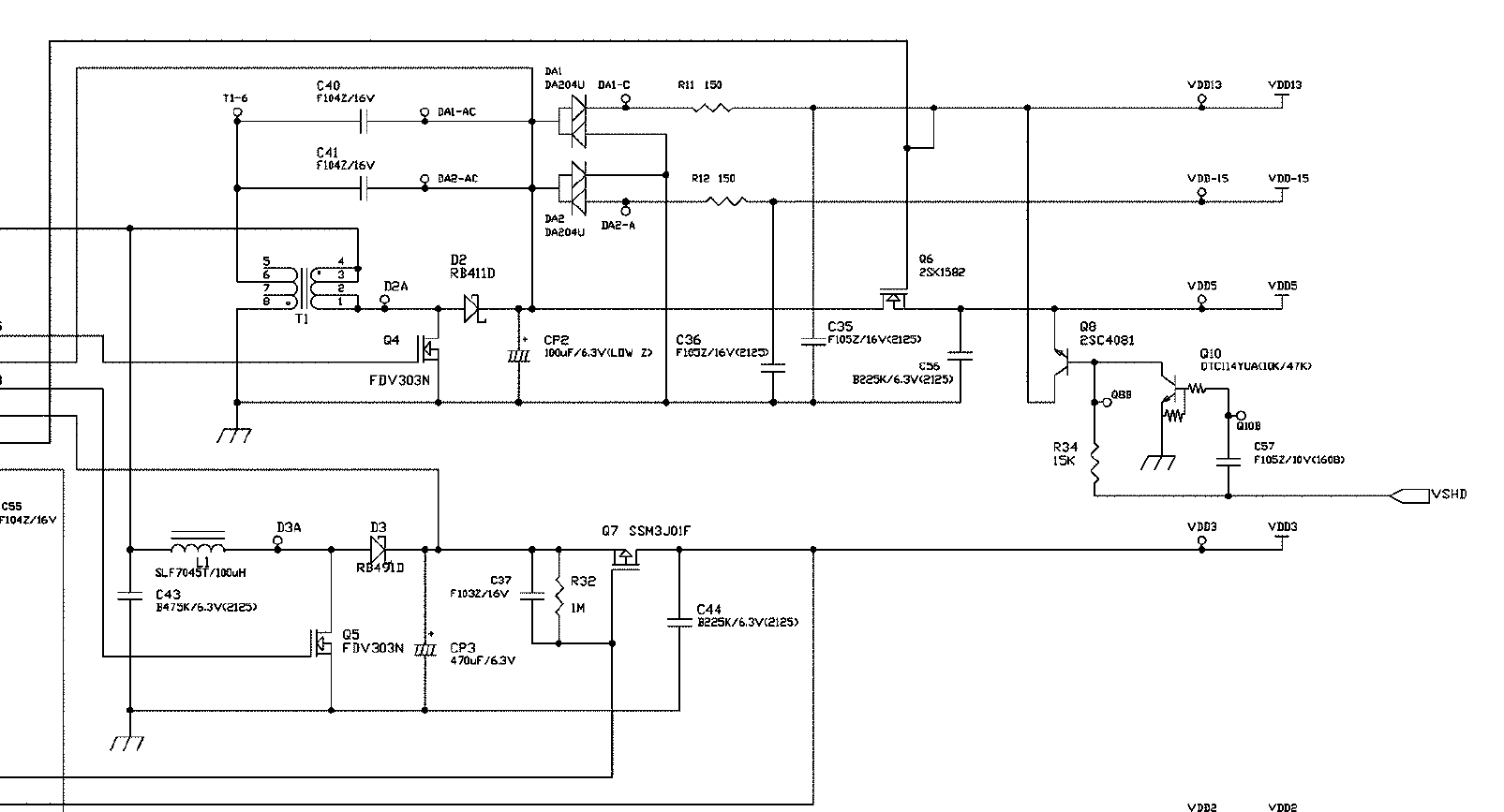 The steps you can take to diagnose bad power input should be fairly self-explanatory based on the above information.

Your ultimate goal is to see your battery input voltage appear on the C power rail and to the R33 resistor and ultimately the T1/L1 and U4 pins that should receive that power.

Using your multimeter you can test for voltages for the input voltage appearing on all stages of the circuit up to the regulator. This starts at the battery springs going through the fuse, power switch, L1, CP1, R33 and the U4 regulator. 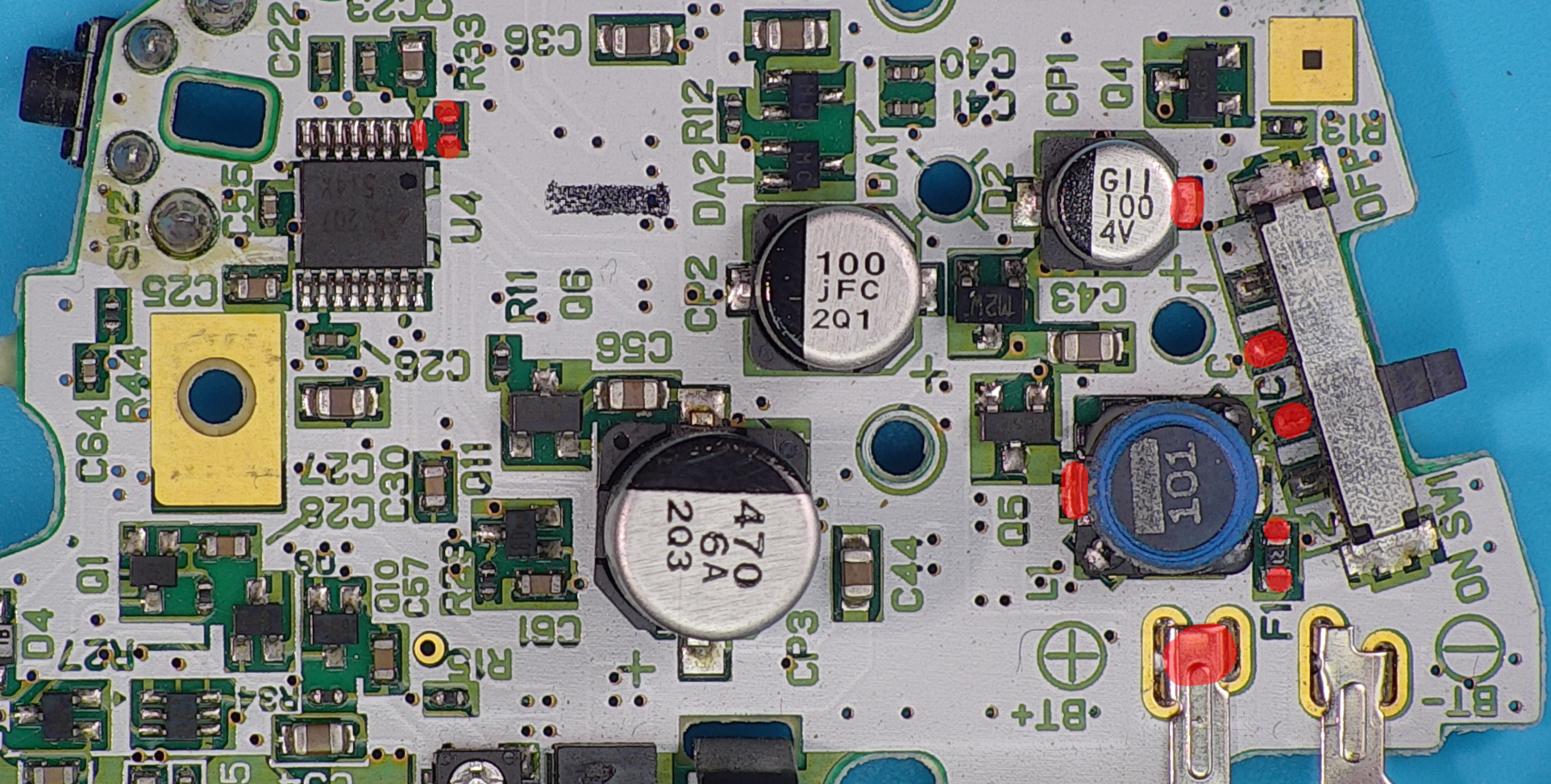 On the other side of the console you should also have the input voltage on the lower pins. 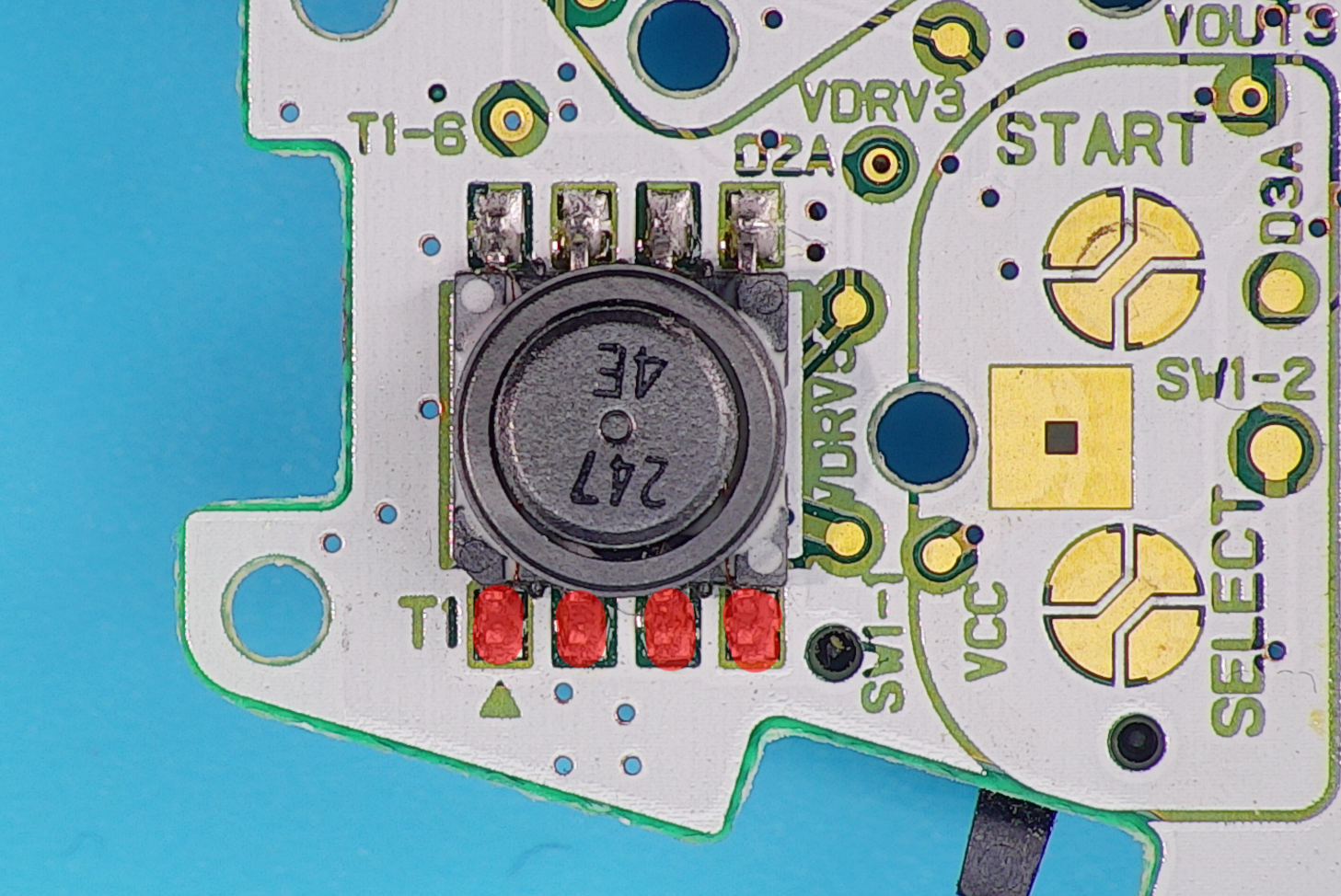 If you do not have power at any of these locations, trace back the physical connections using the schematic and look or test (in continuity mode) for breaks on the PCB to the locations mentioned based on pads they should connect to.

Be sure your power input (from your batteries or bench power supply) is good. Also make sure you do not have a dead-short or partial short to ground or a faulty component causing your power input to simply drop voltage due to over-current. If you are using a bench power supply you should look for the voltage on the bench LCD read-out dropping and the current going very high. If so, the problem is a short and not necessarily a break. You should look for hot spots on the board by touch, thermal camera, freeze spray or other methods and solve that issue first.

To quickly test if the issue is the battery springs, fuse or power switch, you can simply apply the input voltage directly to the bottom of CP1 capacitor. This introduces the power to the C wire of the circuit providing the power direct to the GBA ignoring everything from the switch backwards. 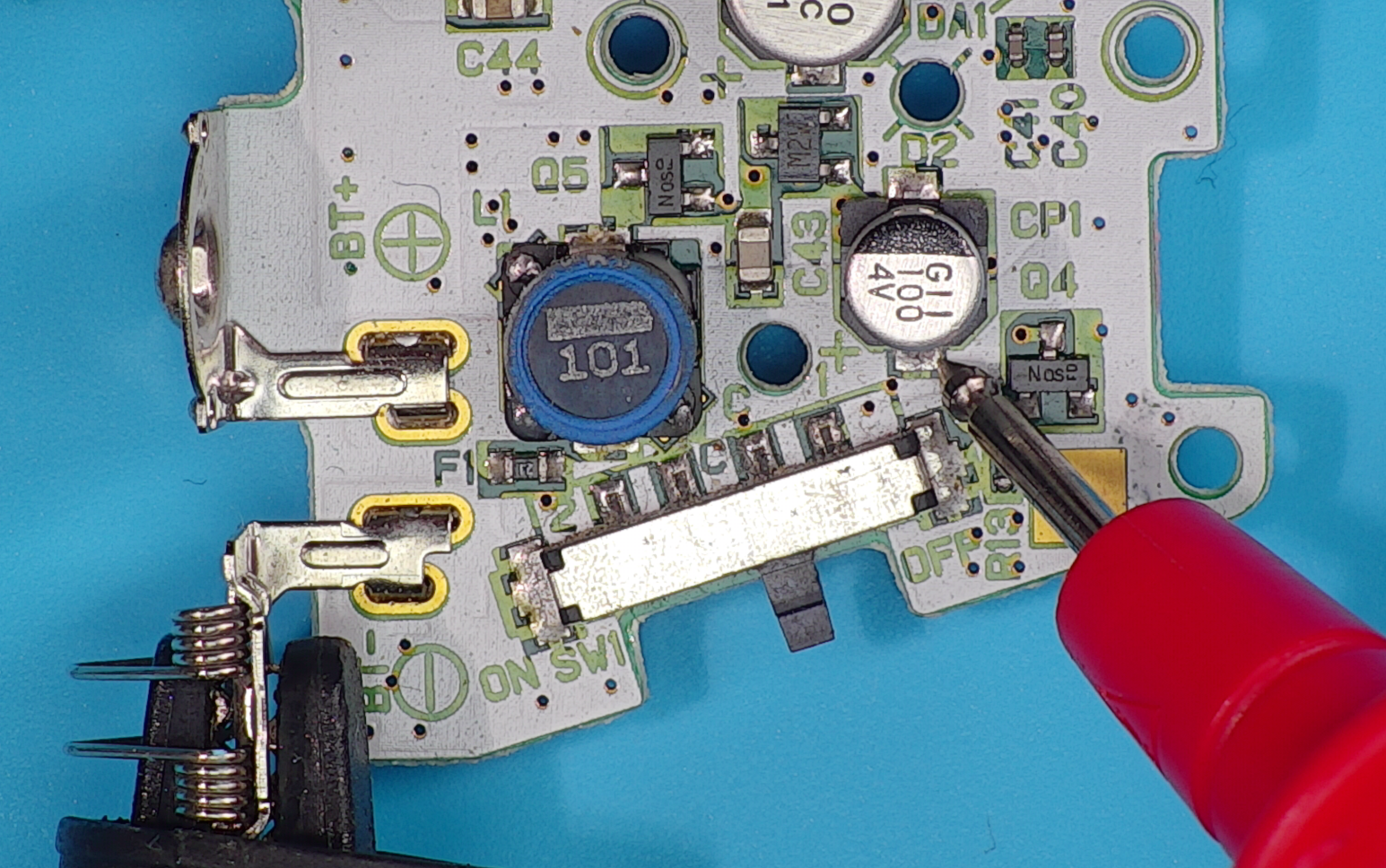 If that works, your issue is the power is not making it from the battery springs to the C pad so reverse backwards from there to find the issue.

On a healthy GBA when the system is powered up and stock screen is installed and powered from 3.0V, you should see between 80 and 100mA of power draw. Without the LCD installed it should be between 45 and 60mA.

Current draw is a very good indication of diagnosing issues with many hardware circuits and helps pin point specific issues.

On a stock console with just a screen, audio turned down and no game, anything over 120mA usually indicates a blown, shorted or faulting component drawing too much power.

Current less than that indicates typically broken circuit before the C pad, such as broken/damaged battery springs, blown fuse, dirty/damaged power switch or lifted traces on the C pad.

Updated 09 Oct 2022
Did this page help you?
Yes
No
UP NEXT
GBA LED Triggers
Docs powered by archbee